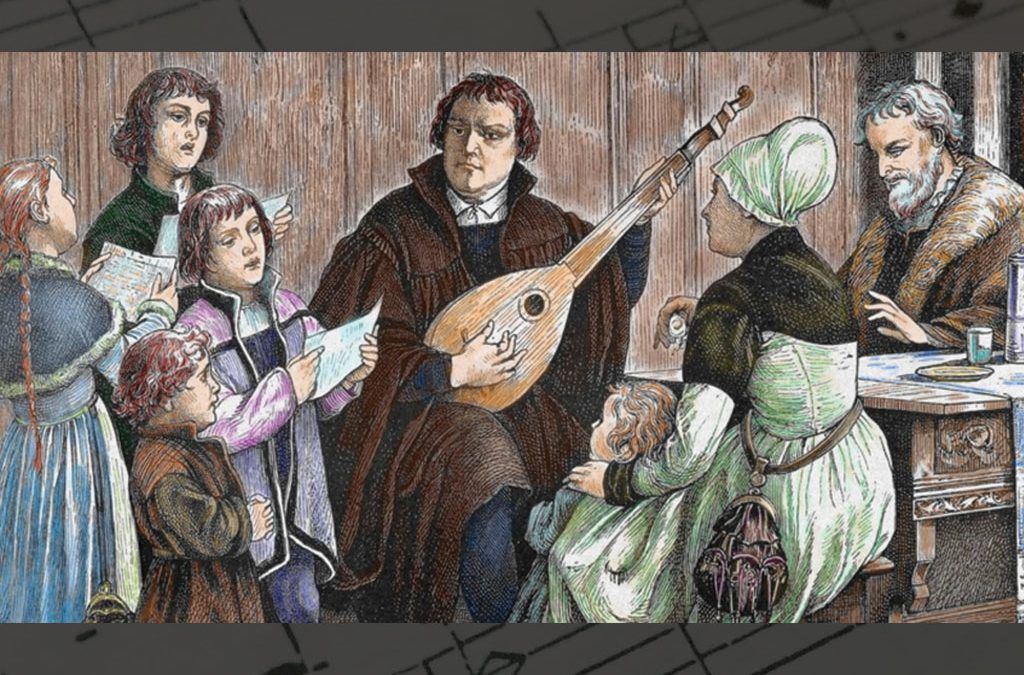 Designing a Place for the Songs of God’s People

Have you ever thought of your role as a priest in the Kingdom of God? Though not one of the “5 Solas” we talk about so often, the idea of the priesthood of all believers was one of the great Biblical doctrines recovered in the Protestant Reformation. And the implications of this doctrine can have a tremendous impact on how you worship each Sunday.

For centuries before the Reformation, a sharp distinction had been drawn between the official priesthood/clergy and the rest of the people with respect to their access to God, their ability to minister in the body, and their right to participate in parts of corporate worship. The Roman Catholic Church had banned congregational singing (that was the job of the professional cantor/chanter and choir). The Catholic Church even condemned the reformer Jan Huss for the “heresy” of encouraging congregational singing. What’s more, the architecture of some churches symbolized this distinction between clergy and laity by setting up a literal fence or wall between them called a rood screen.

What the Reformation did was to (sometimes literally) break down that wall, acknowledging that Christ is the only mediator we need. In Him, believers are called “a royal priesthood” (1 Pet. 2:9). And the common believer’s participation in worship, however imperfect, counts before God and is accepted by Him on the basis of the perfect work of our great High Priest, Jesus Christ. That theological truth opened the doors to congregational participation, especially in singing. Under the leadership of Martin Luther and others, congregational psalm & hymn singing took on a central role and began to thrive again during the Reformation and the centuries that followed. Protestants began to design their church sanctuaries with the priesthood of all believers in mind, using designs and materials that would accommodate and accentuate congregational singing.

If we fast-forward 500 years, there’s a strange un-reforming of many Protestant churches going on that you might not even recognize or realize. This time, rather than being theologically based, it’s mostly preferentially, pragmatically, and culturally based. Instead of church sanctuaries designed for congregational participation, we’re seeing sanctuaries designed to prefer and highlight what happens on-stage almost exclusively. In imitation of current entertainment methods, some churches are undoing what the Reformation did – they’re taking away the primacy of the congregation’s role in worship and handing that role back to a privileged few who participate. Through architecture, lighting, sound, etc. the voice of the people is being minimized – we might call it a new wall of separation.

Congregational singing has also become a fairly counter-cultural thing – there just aren’t many places or times in our culture when people sing together. I think many churches have sensed this and have been moving the music in their worship services toward the kind of musical experience most people are comfortable with: passive listening. This presents churches who are committed to the truths of God’s Word and the heritage of the Reformation with a great opportunity to present a biblical contrast to the culture. We don’t sing because it’s culturally current. We sing because God created every person to praise Him, because He commands us to sing, because it’s the almost automatic response of God’s people to His deliverance, and because it’s one of God’s ordained means of teaching, encouraging, and edifying one another.

So we stand at an important moment as we design our new sanctuary. Do we move with the cultural current away from the prominence of congregational singing or do we stand firm?  As we’ve been designing our new sanctuary, one our primary goals is to make it a place where the voices of God’s people will be heard – hopefully substantially more fully and clearly than FCC has ever experienced before.

We’re doing this through carefully considering the shape of the room for acoustics, the height of the ceiling, the construction materials used, lighting, the type of seating, and the types and locations of sound equipment we’ll install. We’ve been working with an experienced audio/video/acoustical consultant firm that has worked with numerous sanctuaries to ensure that we maintain a design that keeps congregational participation primary.

At the same time, we’re also keeping in mind the need to balance these features with other functional considerations, like the use of the room for events other than Sunday worship. We’re finding that there is much we can do (and not do) to ensure that the voice of the body is upheld. May the Lord give us wisdom to create a sanctuary that pleases Him through the voices that He has gloriously redeemed! And, in so doing, may we all enjoy the blessing of raising our voices to Him in corporate worship.