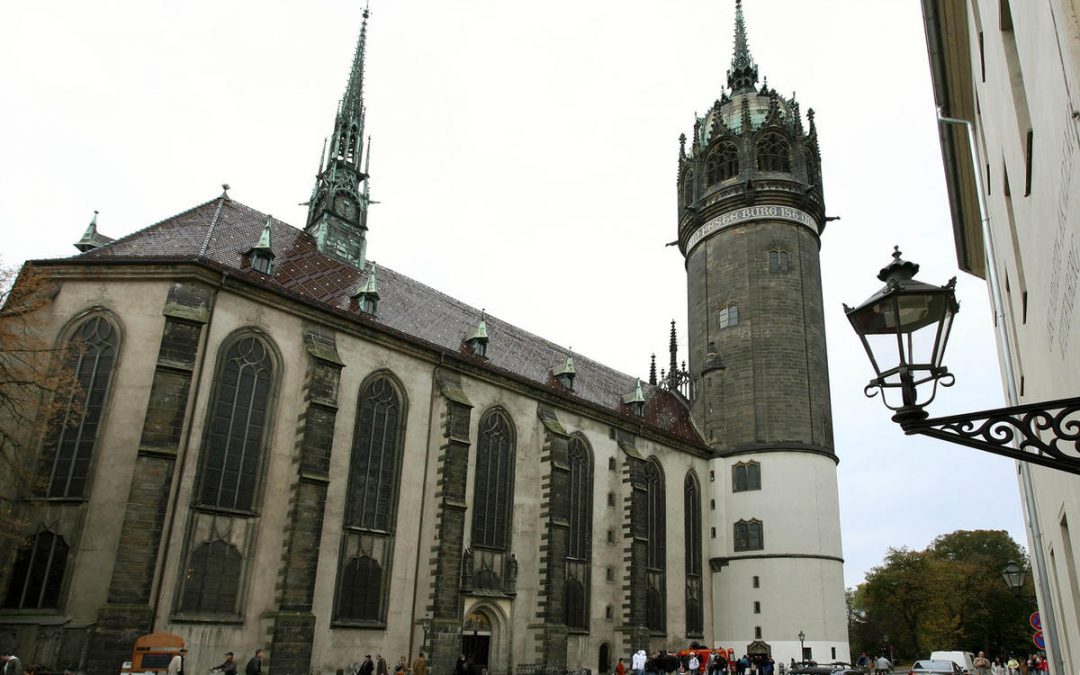 This past October we celebrated the 500-year anniversary of the Reformation. The Reformers, including Martin Luther, John Calvin, Hulcrych Zwingli, and others, have had an enormous impact on Faith Community Church. And their work for the Gospel is worth celebrating and learning. Our core doctrines, our weekly worship, our preaching and teaching, and how we view the world are all influenced by what these men taught and did in the early days of this movement. But there’s one area that few people realize just how big of a contribution the Reformers have had on our lives today.

We know that the Reformers greatly impacted the way we build our church government, our bylaws, and our statements of faith. They’ve had a tremendous effect on building our theological vocabulary, including all those big church words – our soteriology, our eschatology, our ecclesiology, our Christology, our Bibliology, and many others. But we don’t often consider how the Reformers impacted the way we build something much more material to our worship – our church buildings.

When the Reformers lived, the majority of churches were Catholic. Their ornate buildings dominated the landscape. These buildings had elaborate windows, arches, spires, and altars. Every part of the church, including the ceilings, was decorated with artwork, whether it was stained glass, paintings, or statues. Most of these cathedrals came on the scene after the Roman Empire made Catholicism the state religion in the 4th century. The ideas behind the buildings were largely inspired by the secular basilica the Romans used for their law and government buildings. With Catholicism being the state religion, the melding of church and state was clearly reflected in their buildings. The buildings brought glory to the state, with the church being an inseparable part of the state.

As church and state wrestled with control, it affected the buildings and the artwork in the sanctuaries. And as doctrine changed, so did the layout of the churches. The churches that worshiped Mary often had more than one altar. Some had one high altar and as many as 10 side altars along the outside walls. The more liturgical churches built areas that were closed off to all but the bishops and priests. Some elevated the platforms to lift the bishops and priests higher. The less liturgical churches simplified their layouts, removing relics, icons, and other items considered holy by the more liturgical churches. Practical aspects also affected the style of the building. For instance, towers were erected to house bells, which they used to summon people to worship. Small cubicles or stalls were installed along the outside of the room for the priests to sing their ritual songs through the day.

Through the Reformation, many of the reformed churches simply moved into their former Catholic buildings. And, like the “put off/put on” Christians are called to do in their own lives, the reformers did much the same with the buildings. Depending on their doctrine and subsequent liturgy, they “put off” the relics, icons, and artwork, while they “put on” more reformed décor. The more reformed teaching took hold in a particular church, the greater the impact on the church’s building. Many removed pictures, statues, and even altars. Neither Zwingli nor Calvin saw a need for an altar. Many used a simple table for the Lord’s Supper – some of these tables were fixed, others were temporary and brought in only when required. While most of these changes took place over time, particularly in Lutheran churches, the Zwingli and Calvinist church transformations were far more rapid. In some cases, the destruction of the Catholic churches could become violent. Much of this depended on whether the reformed church only partially or completely rejected the Catholic Mass. The more a church rejected Catholicism, the more they changed the building to reflect their new beliefs.

Throughout the Reformation, one thing was becoming clear – the buildings were always a reflection of the type of leadership and the congregation that worshiped in it. In fact, you could tell a lot about the church simply by looking at the architecture.

As the Reformation impacted more and more of the Western world, the churches began to see radically different doctrines arise. These often made an impact on the church buildings. In the 19th century and early 20th century, most towns in the United States had at least one church with a large steeple. These were usually the highest buildings in the town and were usually at the center of town – or where most of the roads in the town led. The church was a major part of each community.

As towns grew into large cities, the churches were swallowed up by the increasing number of buildings. They, along with their constituents, began to lose their distinct impact on their towns. In an effort to become more like the world, churches in the last 30 years or so have done away with buildings that look like churches. Now they look like office buildings, warehouses, storage buildings, and anything else but a traditional church. All of this has been happening as the church has lost its impact on the culture. The more the church tried to become like the world, the less the world needed the church. But, again, the buildings reflect the body that inhabits it.

As you can see, the building that houses the church body communicates to the world what that church is all about. With our Building Faith campaign, we have to ask ourselves what we want our church building to communicate to the world. Are we just another building in the sea of buildings in Atlanta? Or are we distinct? Do we want to communicate to the world that our church isn’t important, therefore we’re going to put as little money into it as we can and still function? Or are we going to show the world how we can steward what the Lord gives us and still construct a church building that reflects our priority of worship?

As we ask and answer these questions, it’s important to remember that the Reformation helped bring the world out of the Dark Ages. Building cathedrals and massive church buildings that show off our materialism isn’t a priority for Faith Community Church. It’s also not an effective way to impact our culture for the Kingdom of God. We are a community of believers who love the Scriptures, love the preaching of the Word, love worship, and love our brothers and sisters in the Lord. And we want to communicate that message to the world when they see the building we inhabit. Building a church that demonstrates the priorities of the Reformation will be unique and hopefully it will further the doctrines of grace rediscovered 500 years ago. In so doing, we pray it will have a similar impact on our local community as the Reformation did on the world. The building won’t make this happen, but it will allow us to minister in even more effective ways than we have ever been able to do before.